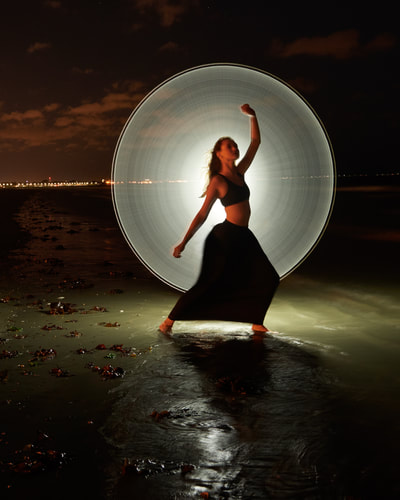 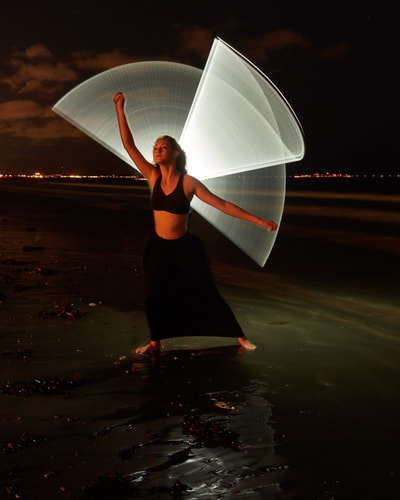 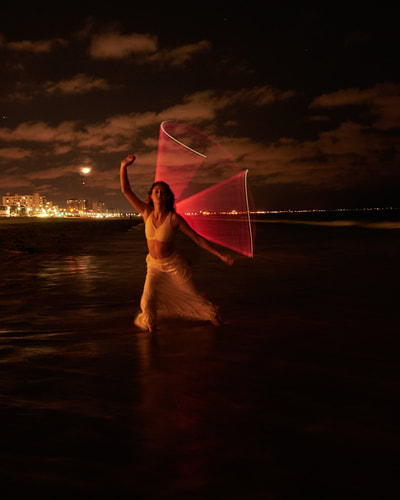 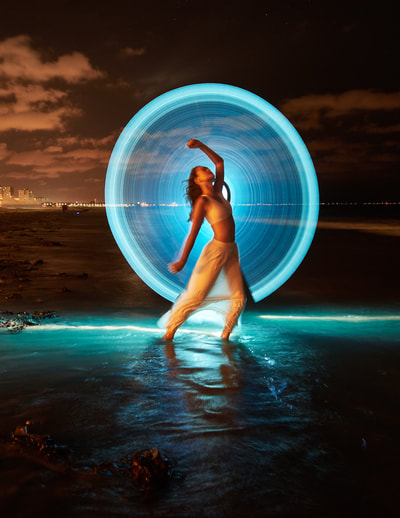 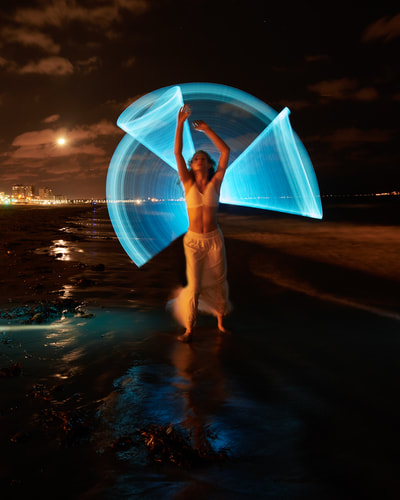 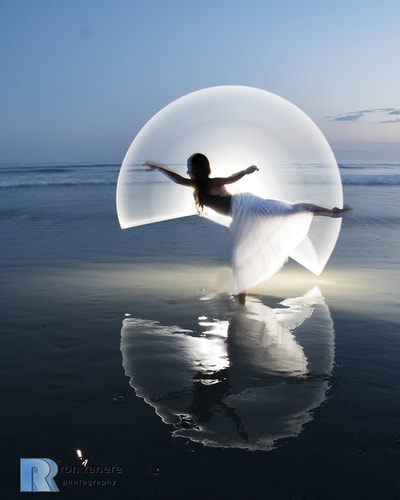 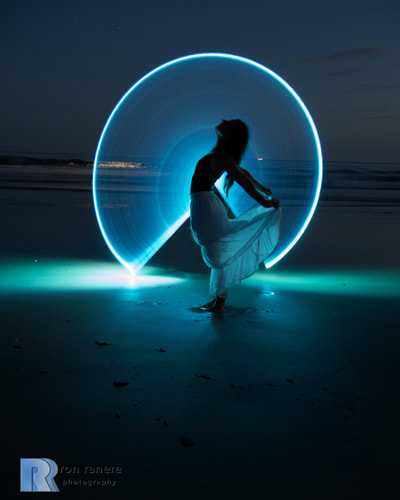 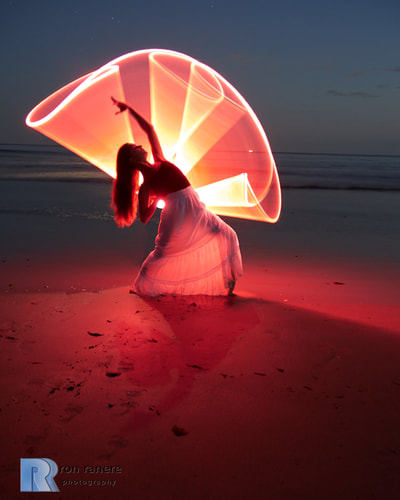 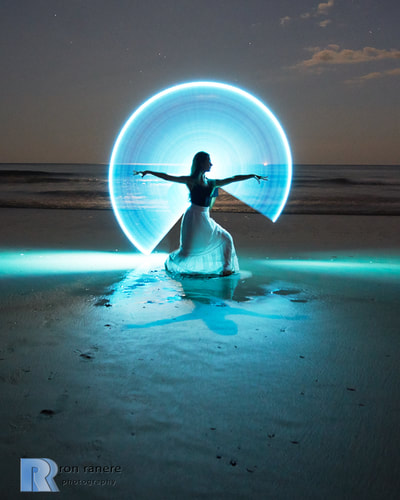 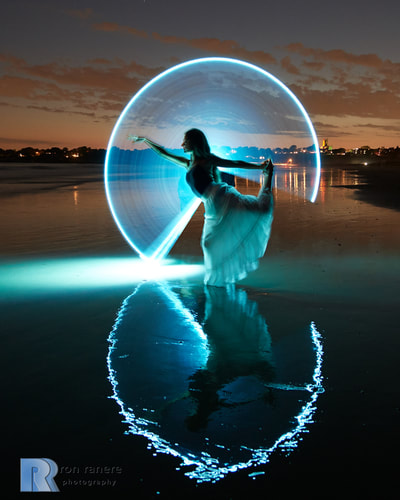 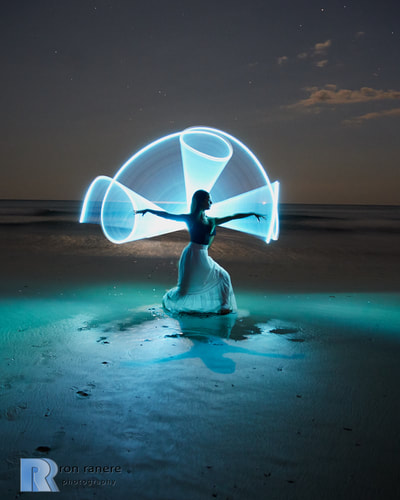 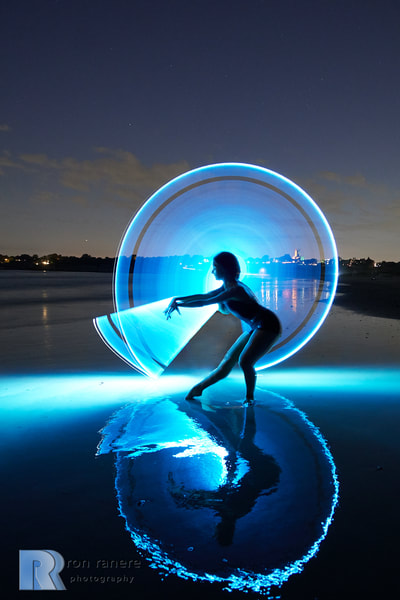 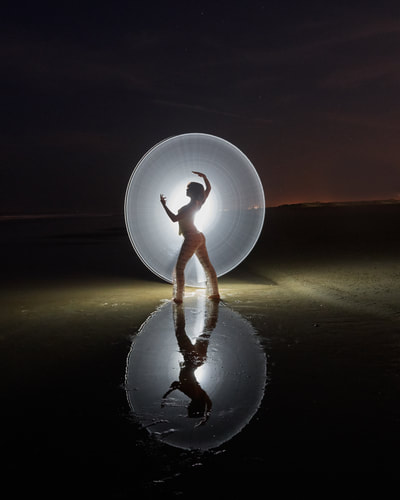 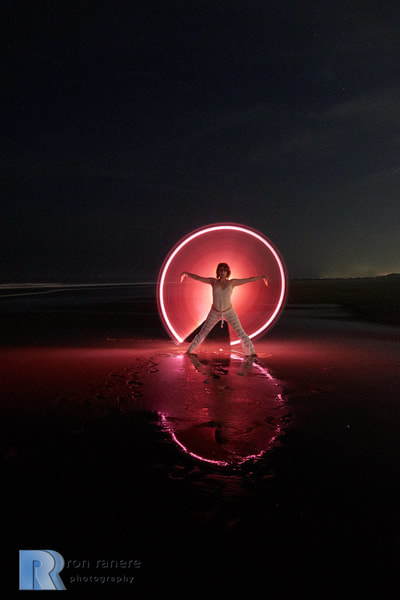 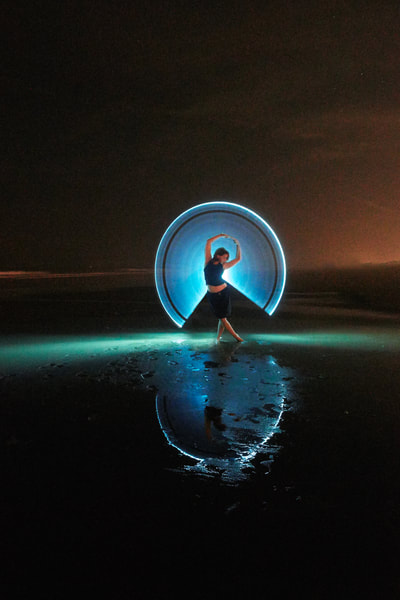 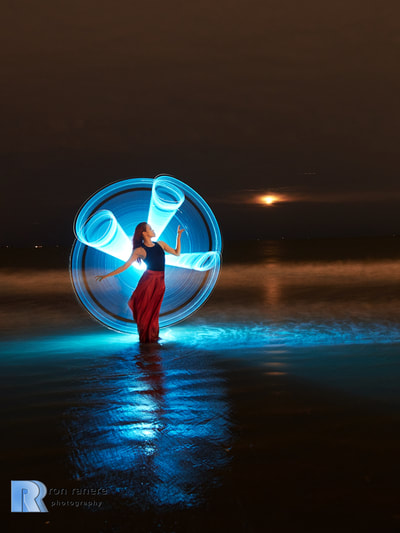 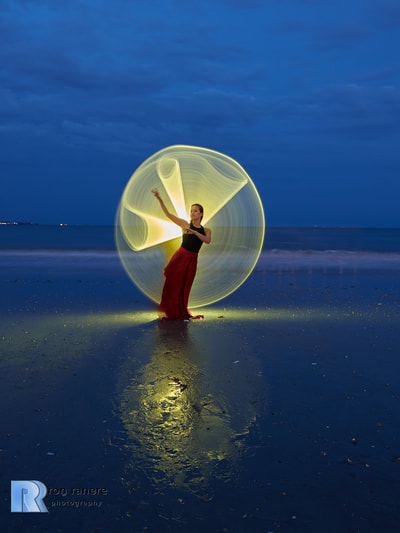 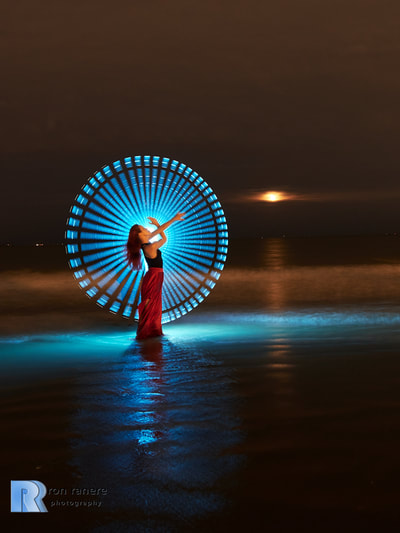 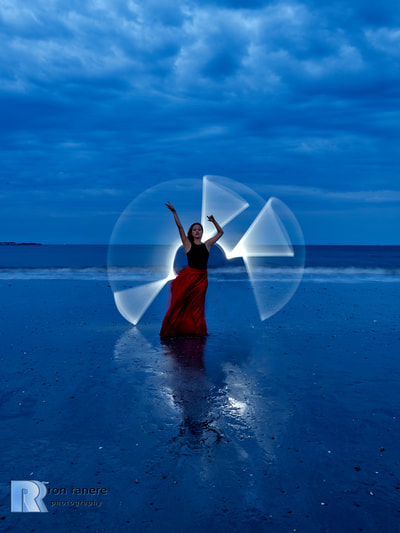 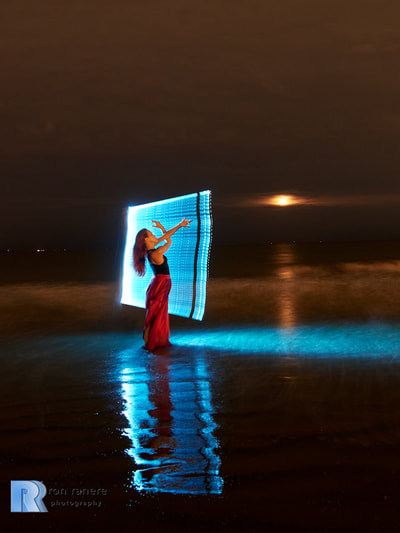 Dance of Light, the next step of my Liquid Light project. How it's done: I'm behind the model with a remote control and a light wand (think Star Wars light saber).  The model/dancer gets into a pose.  Once i see the pose it inspires me to make a certain movement with the light wand to create a synergy between light and shape.  It takes great control by the model since the exposures are long so the model has to hold still in difficult positions. One time while shooting on the beach the model kept getting blown over by the heavy wind and airborne sand.

Original Liquid Light series: Models moving draped with light, choreographed to capture the flow of color. The image comes up on the monitor in an otherwise dark studio. It's an amazing experience seeing the outcome, it moves photography into a whole new level of art.
﻿As I was walking through Home Depot, a display of rope light caught my eye. I’ve seen it used many times before on buildings but now I had a new concept for using it. I dressed a model with the rope light, turned off the studio lights and began experimenting with model movement, exposure and zooming all while the shutter was open. The concept was to create fashion forms without showing the apparel. The project “Liquid Light” began. I have been experimenting with different kind of light and choreography. The evolution of the images is quite deliberate and visible. I’ve been shooting fashion and beauty for most of my life, so commercial advertising photography is second nature to me. This is a new path, shooting like it’s a fashion shoot but creating art, not an ad campaign. It’s incredibly exciting to watch the fluid like image come up on the computer in a dark studio.